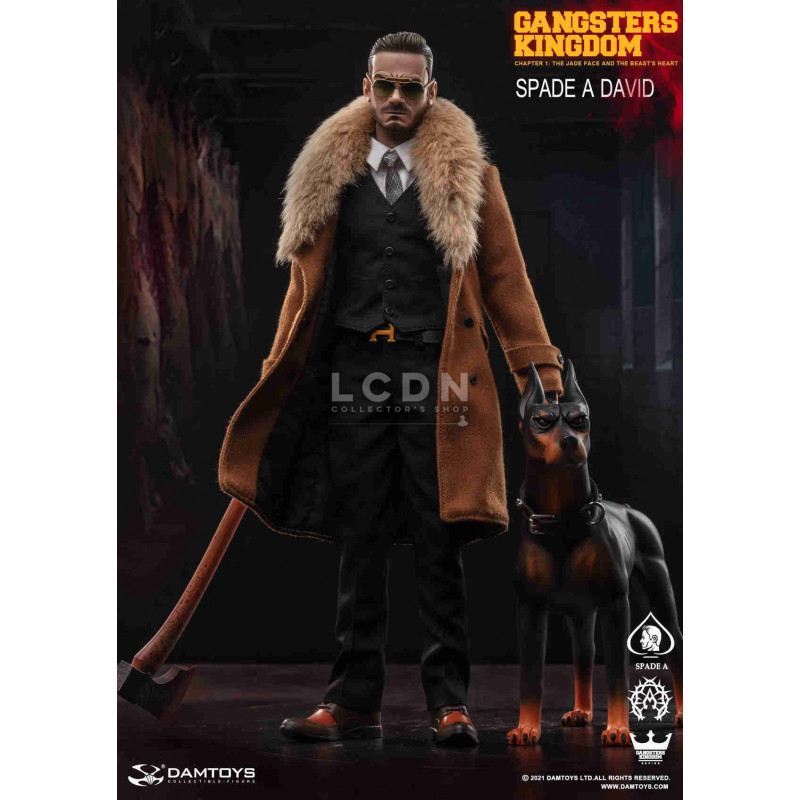 Superb action figure 1/6 in the Gangsters Kingdom series from DAMTOYS.

Chapter 1: The Jade Face and the Beast's Heart

BORN TO LOSE,LIVE TO WIN

The Edwin siblings grew up in a medium-sized British gangster family. The eldest daughter, Carrie, was not valued by her father as a child, but was only expected to be a fair lady and marry into another family as early as possible. But Carrie, who was a strong and stubborn girl, grew up beautiful, intelligent and daring, and wanted to be treated like any other boy. So, she played with the boys, learning fighting and firearms and everything those boys liked. Due to her talent and personality, she was gradually appreciated by her father and the family elders in the gang. His only brother, David, was raised by his father with high hopes, but as a young man, David's playful and hedonic character prevented him from becoming the successor his father wanted him to be. When her father died of a heart attack, Carrie became the tentative successor and began to push David to grow up quickly by forcing him to carry out executions, some of which were so cruel that David's personality began to grow brutal, but his pretty face hid his inner self.

As David grows older and establishes his authority within the gang, his sister Carrie's ambition is unleashed and she begins to seek greater sanctuary for the family, so she plays some tricks and become the wife of the K of Spades. The Edwin siblings are ostracised and humiliated when they first arrive in the Spades family, but with Carrie's superior intelligence and beauty, they eventually overcome every obstacle. Her object is clear: to make her brother the heir to the family. And after the J of Spades, Ogier, leaves the family, the opportunity comes for the siblings. David takes over the position of Ace of Spades, and to secure his position, David begins to plan the liquidation of Ogier's old followers.

In an underground warehouse in a large slaughterhouse on the outskirts of England, three bound men are on their knees. They are killers from other gangs who have been captured here in retaliation for the bloody killing of David's right-hand men and their family.

The door to the warehouse opened and a gentleman decently dressed in suit walks in. He enters without saying anything and begins to change out of his clothes, ending up in a white shirt and a butcher's apron. He walks over to a rack full of tools and picks an axe, a saw and a machete and throws them in front of the three men.

"I don't want to know who killed my men and their families, but your ruthless has brought you here to me. Take your pick and cut off an arm each." David pulls out a gun and looks coldly at the three men kneeling opposite him。

The three men are untied, looks at David questioningly and slowly crawls towards the weapons. They pick them up and look at each other, and their expressions soon become hideous.

"Bang!”, and before the three can react, David shot one of the strong black men in the thigh, who falls to the ground clutching his bleeding thigh in pain.

"Cut off his leg," David says, pointing his gun at the other two, who looks terrified.

The two men on the other side clutches their weapons in their hands, their faces show a moment of hesitation, then they charge towards David with more savage.

"Bang," another shot is fired, and the curly haired man fall to the ground, holding his leg suffering.

"Cut his arm off, this is your last chance," David says with a smile on his face as he turns to the remaining buzz cut man.

"Fuck you", the man rises his hand and about to throw the machete at David when "bang" a bullet pierces his arm.

The three men on the ground are wailing in pain with their hands covering their wounds. David stands up and picks the axe in front of the black man. "This is your own choice", he speaks as the axe is slashed down, cutting off the black man's thigh, and blood instantly spurts out.

David waves his hand, and two of his men pick the black man up and shoves him into a large meat grinder. The machine starts churning, blood sprays out all over the floor and a pile of minced meat is poured out.

The curly hair and the buzz cut are completed overwhelmed by the scene. Praying is the only thing left in their minds.

"Sir, the Diamond family has replied to arrange a meeting", one of the men interrupts, leaning close to David's ear and whispering.

"Chop them both and feed the dogs", David says as taking off his apron, wipes the blood off his body and turns around with his fancy suit.

Also find all the Gangsters Kingdom collection from DAMTOYS 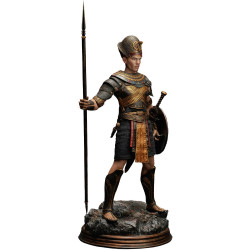 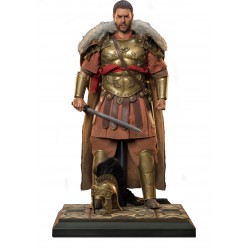 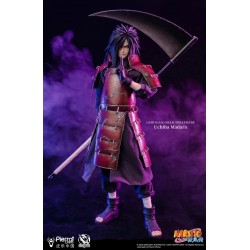 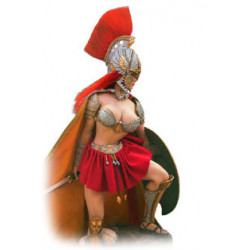 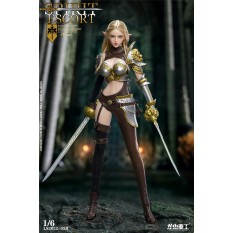 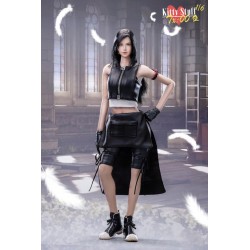 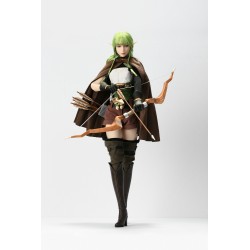 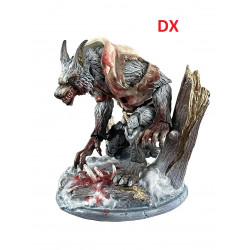 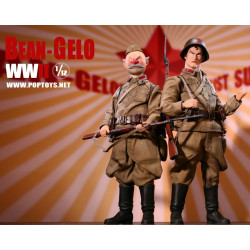 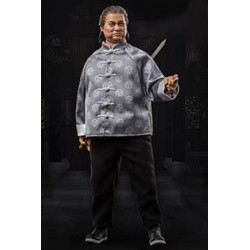 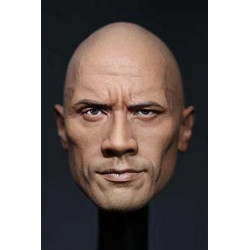 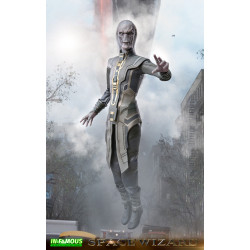 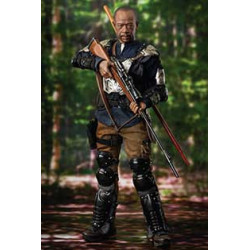 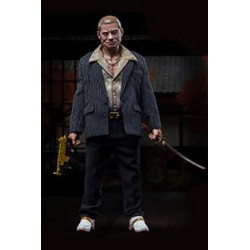 Superb action figure 1/6 in the Gangsters Kingdom series from DAMTOYS.