“Maybe we should give him a job. Put him on the payroll.” – Detective Danny Archuleta

Set in an alternate future Los Angeles wracked with strife and ultra-violent urban warfare, Predator 2 is the cult-favorite sequel of 1987’s smash hit movie! The Predators, known as Yautja, are drawn to destinations soaked in the distinct miasma of conflict. And in Predator 2, it looks like this town is the City Hunter Predator’s hunting ground. And he’s in town with a few days to kill!

Standing majestically at over 41 inches tall, the City Hunter Predator is poised at the ready on a Yautja Ship Deck-themed base, clutching his iconic Combistick. With every iteration of Predator that Prime 1 Studio brings to their adoring, passionate fans, the attention to detail, both through sculpting and painting, increases exponentially! The Predator’s armor shows an experienced hunter with the battle damage to prove it. His skin comes alive with the unique markings on his scaly, leathery body. Words are simply not enough to describe the exquisite craftsmanship from his head quills to his immense, taloned feet.

This City Hunter Predator is packed to the quills with features! Prime 1 Studio’s amazing artists have equipped this Predator with every conceivable swappable part a dyed-in-the-wool Predator fan would love to have. He comes with, not one, but two swappable heads, with a display, stand to store the extra head. You can choose between a myriad of swappable right hands, even showing the Wristblades in different positions: retracted or extended. He even comes with a removable Razor Disk, to show whether he is about to throw it at an unsuspecting victim, or if he already has!

And to further sell the illusion, this City Hunter comes equipped with a fantastic, LED-Illuminated Wrist Control Panel, Helmet-Mounted Targeting Laser, and Shoulder-Mounted Plasmacaster. Fans get all these amazing features in this statue! 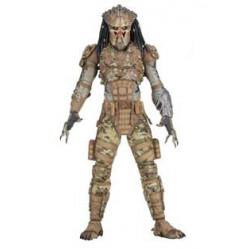 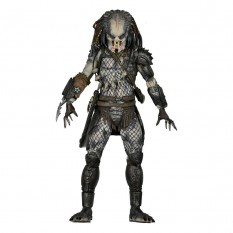 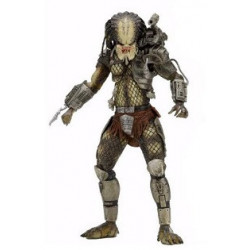 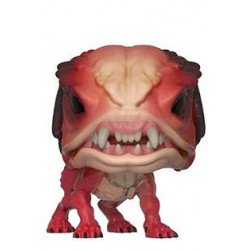 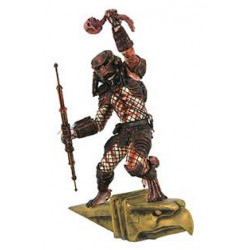 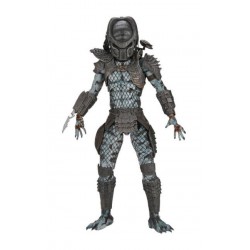 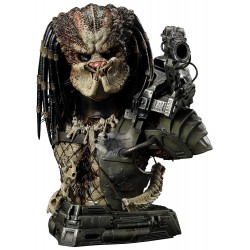