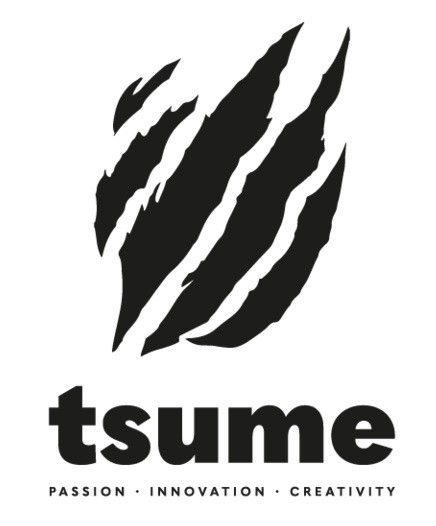 There is no member price available for this item.* Max. one piece per customer !**Relive the first encounter and first clash on Earth between Son Goku, the hero of Dragon Ball Z and Vegeta, the Prince of Saiyans, through the realization of an explosive 1/6 HQS statue!

* There is no member price available for this item.

** If you pre-order over 1 piece your order will be automatically canceled. I am a super elite.() Ill destroy everything, EVERYTHING!! Do you hear me kakarot!? Youre FINISHED!!() I dont need this planet anymore! Im going to crush you along with the rest of the Earth!! Go ahead and try to dodge this if you can! Even if you spare yourself, the Earth will be blown to pieces! Theres absolutly no way you stop my Gyarikku Ho blast!! Let you and the Earth together turn to SPACE DUST!!-Vegeta

Relive the first encounter and first clash on Earth between Son Goku, the hero of Dragon Ball Z and Vegeta, the Prince of Saiyans, through the realization of an explosive 1/6 HQS statue!

Although these two protagonists share the same origins, they do not share the same purpose, since everything opposes them, especially their convictions! The ruthless anti-hero wants to prove his incontestable superiority at all costs by destroying the planet, its inhabitants and adversary, while the Earths great defender intends to use all his strength to prevent it, fed by a destructive desire for revenge. There is only one solution: to engage in a merciless fight May the strongest win!

Prince of a fallen race, Vegeta is more than determined to prove that he lives up to his status: he is the most powerful Saiyan! The ruthless warrior cannot tolerate that a lower-ranking Saiyan could claim to equal him, let alone surpass him! This is how the cold-blooded killer landed on earth with the sole purpose of nipping the idea that another could surpass him in the bud! Filled with pride, he claims to be the most powerful warrior in the universe, here is the perfect opportunity to prove it: by reducing the Earth to dust and at the same time the one who dares to imaging he could represent for him a worthy adversary!

Placed on a high pile of rocks, painted in a gradation of brown, orange and reddish shades, he is therefore positionned higher than Son Goku, as he obviously has to be! We recognize the place of the clash thanks to the terracotta desert ground, while we notice that the rocks seem to rise in the air due to the immeasurable energy exerted by Vegeta. He prepares to smash his opponent and his loved ones by unleashing his devastating attack: the Galick Gun! We see him here in his metallic blue, white and gold armor, his bent legs driven into the ground, his arms outstretched towards his opponent, accumulating the maximum amount of energy to be able to finally and definitively exterminate humanity and all forms of life from Earth's surface ! The intense rage that can be read in his merciless black gaze fixed straight on his target hints at his visceral desire for total destruction!

The stern expression on his grimacing face and the tension in the Saiyan's super protruding muscles are testament to the ultimate effort put in. We can see him forming with his hands a ball of energy in translucent resin, while an immense electrically charged aura in translucent yellow and shades of purple resin emerges from his body. Under the power of the impact and the attack intended to wipe the earth out, dust clouds rise from the ground and orange resin shock waves break the rocks, while the aura of energy created by the devastating attack projects its purple reflections on the darker Saiyan's body and hair.

The energy sphere can be placed or not in the palm of Vegeta's hands thanks to his interchangeable arms, thus showing the Prince of Saiyans preparing his attack or even attacking, especially if he is placed in front of the Son Goku HQS statue associated, in order to bring the combat between the two super warriors to life. Likewise, it is possible to replace the translucent resin energy auras to the right of Vegeta and before him with rocks, if he has not yet attacked. If the two space fighters come face to face, an additional rock cluster can then be placed under Vegeta's feet so that he is located high up during his confrontation with Son Goku, as in the anime and especially as required by his rank! Finally, the plinth is equipped with a LED system to make the confrontation larger than life and turn the animation into reality.

The statue comes with a numbered plate and a certificate of authenticity. 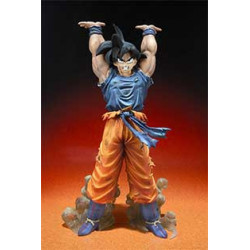 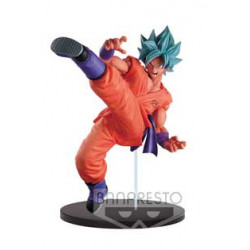 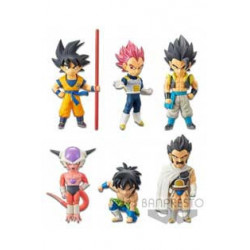 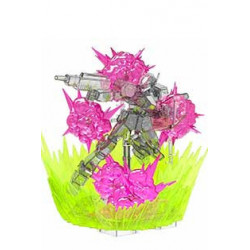 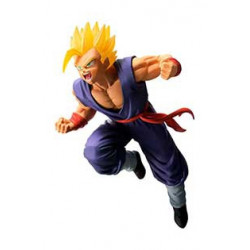 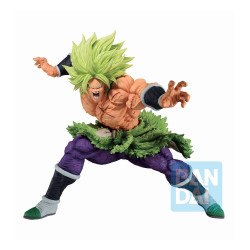 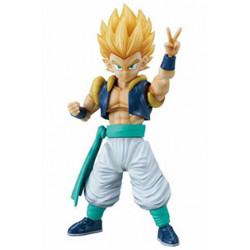 There is no member price available for this item.* Max. one piece per customer !**Relive the first encounter and first clash on Earth between Son Goku, the hero of Dragon Ball Z and Vegeta, the Prince of Saiyans, through the realization of an explosive 1/6 HQS statue!